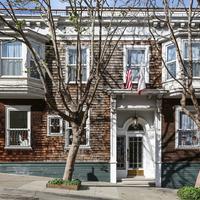 Excellent
based on 323 reviews
Compare vs KAYAK |

The Grove Inn is located in San Francisco, California in the Alamo Square neighborhood. The Bill Graham Civic Auditorium and San Francisco City Hall are less than a mile from the hotel. This residential neighborhood hotel has staff who speak German, English, Italian, and Spanish. Both Metropolitan Oakland International Airport and SFO International Airport are less than 12 miles away. The hotel has 16 non-smoking guest rooms.

This hotel offers standard queen rooms, deluxe queen rooms, queen rooms with bay windows, deluxe double rooms, and suites. Each of the rooms come with a private bathroom with a shower or bath, a 32-inch flat-screen television, a work desk, and complimentary high-speed wireless Internet access. Complimentary breakfast is also provided for all guests of the hotel. The suites have two large rooms with a comfortable sitting area with table and chairs. Luxury bath products, comfortable bedding, and luxury towels and sheets come with the rooms.

There are many attractions in walking distance of the hotel including Golden Gate Park where guests can visit the Academy of Sciences and De Young Museum, the San Francisco Symphony, the Asian Art Museum, and the San Francisco Jazz Center.

FAQs when booking at The Grove Inn

Where is The Grove Inn located?

The Grove Inn is located at 890 Grove Street in Western Addition, 2,1 km from the centre of San Francisco. Asian Art Museum is the closest landmark to The Grove Inn.

When is check-in time and check-out time at The Grove Inn?

No, The Grove Inn does not offer free parking.

No, The Grove Inn does not offer free airport shuttle service.

How far is The Grove Inn from the airport?

Can you bring pets to The Grove Inn?

No, pets are not allowed at The Grove Inn.

Does The Grove Inn have a pool?

No, The Grove Inn does not have a pool on-site. 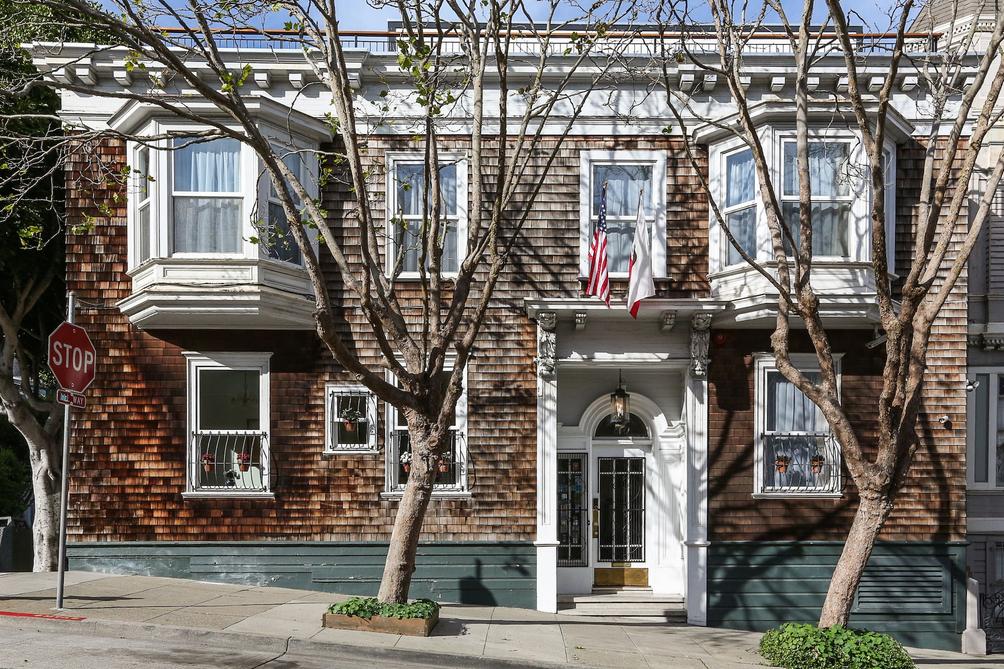 Reviews about The Grove Inn

“Everything was great, the house, the location, the room but specially the staff, helpful and very nice, it was a dream of mine since I was a kid to be inside one of those SF victorian houses I saw on the 90’s sitcoms with those triplet windows and the girl in charge updated our room just for me to have that, and later she provided us with some rub alcohol to remove a gopro camera sticker from our rental (we did not think this through)... lovely girl indeed, if I could I would give her eleven stars!!”
“It was a nice little hotel, very clean and comfortable. Staff was friendly and helpful. The location is convenient too. Just note that streets around are hilly.”
“Location, room itself, beds, staff”
“Very clean, practical, convenient.”